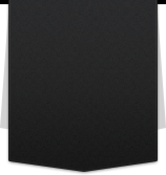 The Man Overboard Big Band is the Jazz Ensemble at Mandeville High School. The Jazz Program at Mandeville has a storied past, including a performance at the Midwest International Band and Orchestra Clinic in Chicago, Illinois under former director Paul Frechou in 2005, just four months after Hurricane Katrina hit Mandeville.

​The band more recently has consistently received Superior Ratings at the Bill Evans Jazz Festival at Southeastern Louisiana University, and many students from the band have continued their Jazz education at universities such as Loyola, Southeastern, LSU, and more.